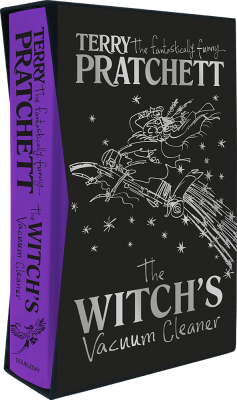 The limited hardback edition will be a run of 5000 copies, inside a deluxe slipcase with silver foil printing and over a hundred black-and-white illustrations by Mark Beech.

Each story shows the seed of an idea, which Terry developed in his later writing. A critical commentary will accompany each story, highlighting where particular ideas and characters appear elsewhere in Terry’s work.

A must-have for any Pratchett fan.