A LIFE WITH FOOTNOTES – ANNOUNCING THE OFFICIAL BIOGRAPHY OF TERRY PRATCHETT

Transworld Publishers are thrilled to announce the publication of Terry Pratchett: A Life with Footnotes, the official biography of Sir Terry Pratchett, written by Rob Wilkins, his former assistant, friend and now head of the author’s literary estate.

At the time of his death in 2015, Terry was working on his finest story yet – his own. 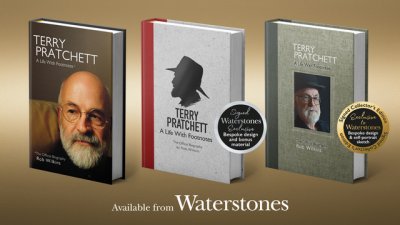 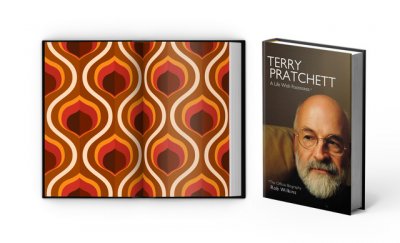 At the age of six, Terry was told by his headteacher that he would never amount to anything. He spent the rest of his life proving that teacher wrong. Terry lived a life full of achievements, becoming one of the UK’s bestselling writers, winning The Carnegie Medal and being awarded a knighthood for services to literature.

Following his untimely death from Alzheimer’s disease, the mantle of completing Terry Pratchett’s memoir was passed to Rob.

Having known and worked alongside Terry as his personal assistant and business manager for over two decades, Rob is in the unique position of being able to offer both a personal and professional insight into the beloved writer’s public and private lives, as well as highlighting the origins and evolution of Terry’s extraordinarily successful creations.

Drawing on his own extensive memories, as well as those of Terry’s family, close friends, fans and the colleagues who worked with him over the years, Rob recounts Terry’s story – from his early childhood to the literary phenomenon that his Discworld series became.  It also chronicles Terry’s later years, his championing of environmental and humanitarian causes, and how he met and coped with the challenges that ‘The Embuggerance’ of Alzheimer’s brought with it.

Rob Wilkins says: ‘Living a life alongside one of the world’s greatest authors, then reliving every moment for his biography, has been an incredible journey. Terry was one of the most talented, complex, intellectually stimulating people I’ve ever had the privilege of meeting – a true genius. The responsibility of documenting his life when I lived so much of it with him has been such an emotive experience. A Life with Footnotes is a book that I hope would have made Terry proud.’

Transworld managing director Larry Finlay says: ‘A Life with Footnotes captures the genius that was Terry Pratchett, with warmth, poignancy, and great good humour – and with no small amount of love. It’s an intimate, engaging and revealing portrait of one of the UK’s most loved and most missed authors, that only Rob Wilkins could have written. It is a masterclass in great biographical writing.’

“Of all the dead authors in the world, Terry Pratchett is the most alive.’ — John Lloyd

Terry Pratchett: A Life with Footnotes will be published by Doubleday on 29 September 2022.