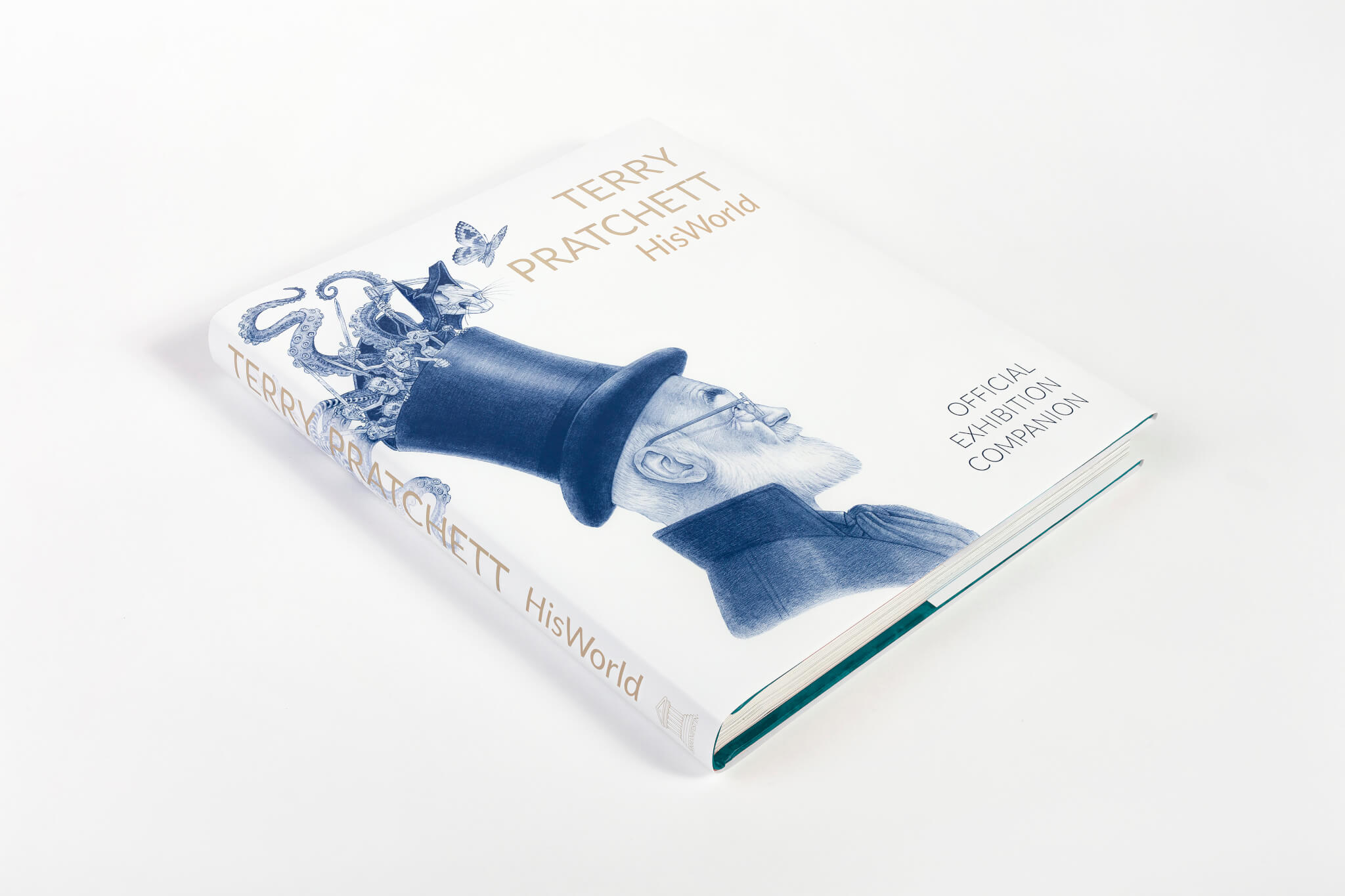 Sir Terry Pratchett’s career as a best-selling author spanned more than forty years and brought him international acclaim, selling a phenomenal eighty-five million books during his lifetime that were translated into thirty-eight languages.  Three years after his untimely death the popularity of his work continues to grow and he is regularly cited as a major influence over his peers and young writers alike.

The record-breaking HisWorld exhibition at Salisbury Museum captivated audiences who were, for the first time, given unparalleled access to the author’s inner sanctum and writing room ‘The Chapel’ and the plethora of interesting artefacts that surrounded him.

Through beautiful photography and expanded descriptions, this stunning companion to the exhibition traces Terry’s journey from the short stories he wrote while still at school, to his own hand-drawn sketches for The Carpet People and beyond.  Also included are iconic images of objects collected throughout his life, from his original typewriter to his Knightly sword.

Essays by his daughter Rhianna, his friend and business manager Rob Wilkins, artist of choice Paul Kidby and Discworld luminaries Bernard Pearson, Stephen Briggs and Colin Smythe are complemented by writing from Jake Keen on the forging of Terry’s sword, Richard Henry – Curator of Salisbury Museum, The Josh Kirby Estate, Professor Roy Jones – Terry’s Dementia Specialist and Nick Cowen – Senior Rights of Way Officer for Wiltshire County Council,  on the Chalke Valley, which was such a major influence on Terry’s writing.

Available in a hardback edition and a collector’s, slipcased limited edition.

Published by Dunmanifestin on 1stOctober 2018