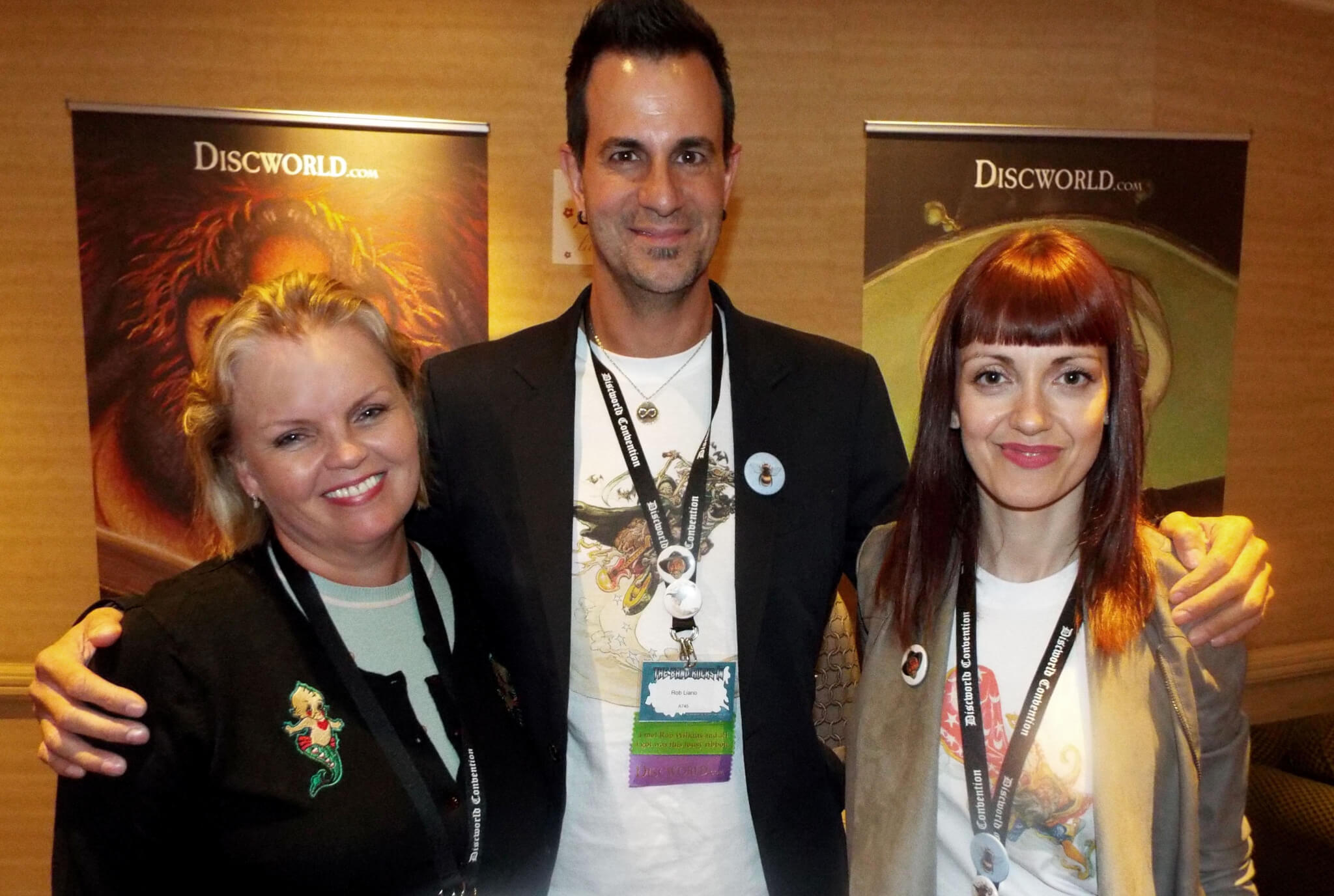 Discworld Convention. (August 29th, 2016) – Discworld.com announced today that it is to enter into a partnership with the estate of the late Josh Kirby, the artist whose illustrations graced the covers of many of Sir Terry Pratchett’s books. The collaboration will give these unique and treasured works of art a new lease of life through a range of exclusive, high quality products.

Kirby was renowned as one of the earliest Discworld cover artists and was also a highly regarded science fiction and fantasy painter in his own right, with many of his creations adorning the literary works of such greats as Ian Fleming, Isaac Asimov, Alfred Hitchcock, Richard Matheson, Jack Kerouac, Jules Verne and Edgar Rice Burroughs. He wasn’t just a cover artist, he applied his talents to iconic film posters ranging from motion picture phenomenon Star Wars as well as Beastmaster, Krull and the unforgettable Monty Python’s Life of Brian. His heroes and heroines were archetypal fantasy figures; his scenes infused with ribald humour and his works meticulously hand-painted.

“I grew up watching my uncle weave magic into every stroke of the paintbrush and I am completely dedicated to seeing his work celebrated, so it’s a great honour to team up with such a like-minded organisation as Discworld.com” said Estate Director Anderson. “Our mission as trustees, is to preserve Josh’s incredible legacy of art and celebrate it, with not only the legion of followers he inspired, but with new audiences across the world”.

The collaboration began earlier this year with the launch of the 2017 Discworld calendar, a nostalgic celebration of Kirby’s spectacular and unmistakable Discworld cover illustration for the earlier books. It marks the first time that Kirby’s art has been offered since 2012.

“Jo and I are delighted to be working with Amy and Rob. We share the same love of fine artwork and know we can reintroduce Josh’s paintings to a whole new audience. This is a very exciting new chapter for Discworld.com and we’re very proud to be working together” said Sandra.

Rob Liano added  “We fully understand the importance of quality merchandise upholding the brand. Josh’s Discworld series was so beloved that his work endures to this day and it is now our duty to preserve its integrity and ensure that only the best products are produced. We are very excited about starting work on the creation of an initial range of merchandise, and looking forward to the future.”