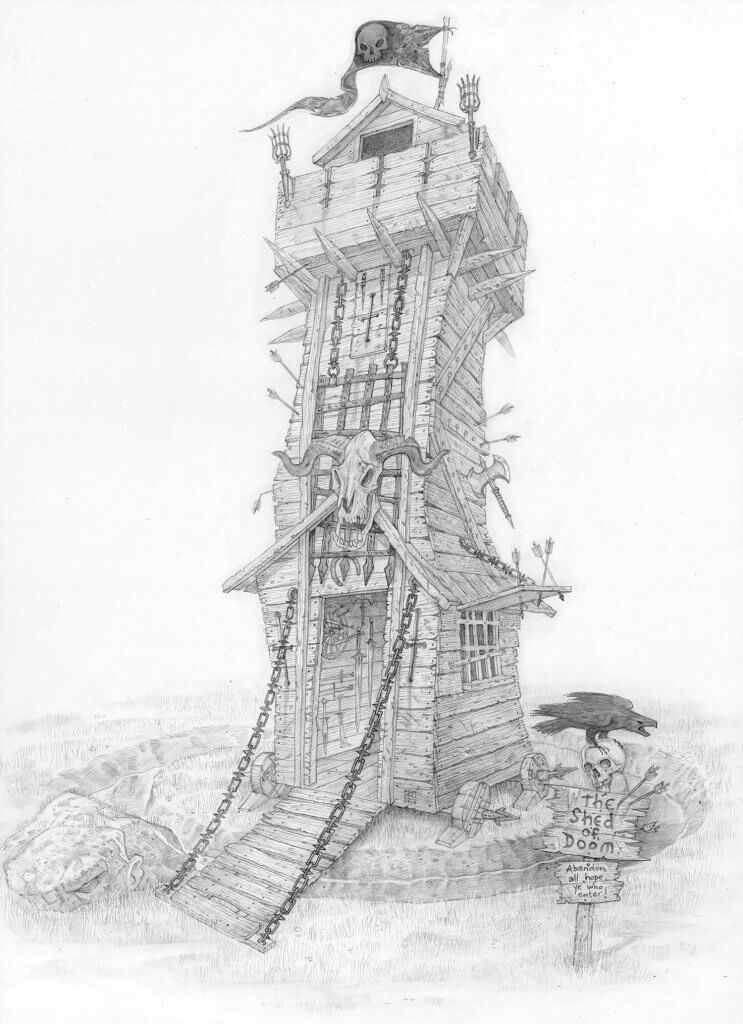 The Chalke Valley History festival is held in Broad Chalke, a small village outside Salisbury in which Sir Terry Pratchett made his home for the past several decades. Founded in 2011, it brings in thousands of attendees each year.

This year we are excited to announce that the Discworld will come home to the Chalke Valley. Following on the success of Terry Pratchett: HisWorld, the record-breaking exhibition at Salisbury Museum, the office of Sir Terry will be re-created at the History Festival, giving visitors the chance to see the inner-sanctum from where Sir Terry penned his best-selling novels.

Attendees will also have the opportunity to hear Rob Wilkins, Sir Terry’s friend and business manager, talk about Terry’s life, his work, his inspiration and his profound love of the Chalke Valley. Paul Kidby, official Discworld Artist will also be giving a talk about the art of the Discworld.

Award-winning magicians Morgan and West, newly inducted members of the Conjuror’s Guild of Ankh-Morpork, will also be entertaining the crowds with their time-travelling shenanigans.

The most stunning part of this this installation will be the brand-new Shed of Doom. The creation of Discworld Dark Lord, Evil Harry Dread, this menacing monolith will tower over visitors. Standing a full 18 feet tall, this terrible tower of timber is precisely based upon drawings by Paul Kidby.

More details will be announced in the coming weeks. The Chalke Valley History festival opens Monday 25th June. Tickets go on sale in April. More details can be found at: http://cvhf.org.uk