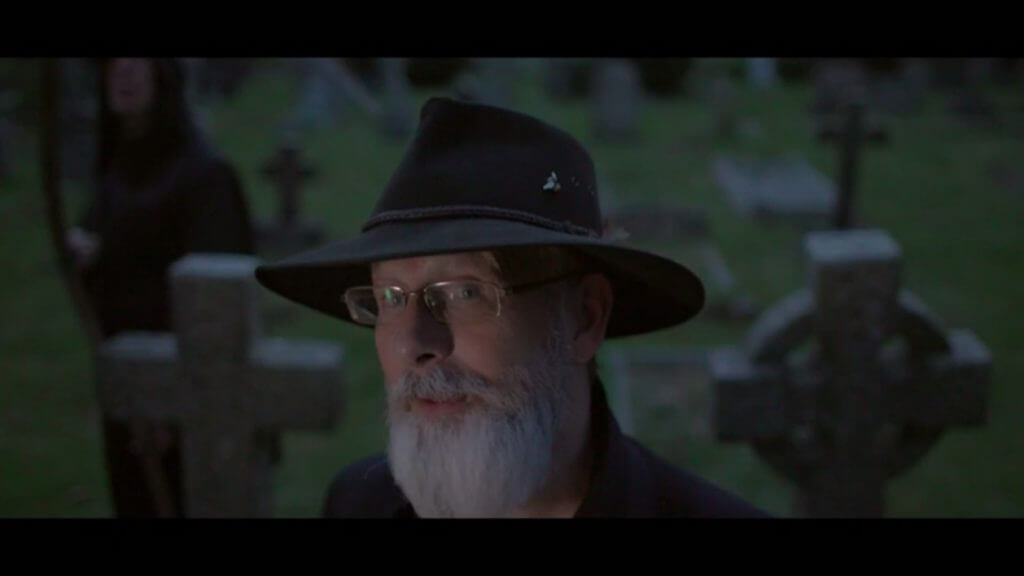 Yesterday BBC Arts released a first look at their 2017 cultural programming, including a few seconds of footage from Terry Pratchett: Back In Black, which provides a tantalising glimpse of Paul Kay embodying Sir Terry in order to deliver some of his trademark wisdom in a hauntingly vivid portrayal.

The documentary which features input from writers Neil Gaiman and Val McDermid, as well as Terry’s daughter Rhianna, tracks his life through key moments, ranging from his early school days to being knighted by the queen.

Rob Wilkins, Terry’s business manager, explained that work on the documentary had begun during “the last few months of Terry’s life”.

The documentary will air later this year, an exact date has yet to be announced. You can view the trailer for BBC Arts 2017 here – the Terry Pratchett segment starts at 1 minute 35 seconds.