HOLLYWOOD, Calif. (July 19, 2016) – The Jim Henson Company announced today the development of a feature film based on the great literary legacy of the late Sir Terry Pratchett’s “THE WEE FREE MEN,” part of the wildly popular Discworld series. 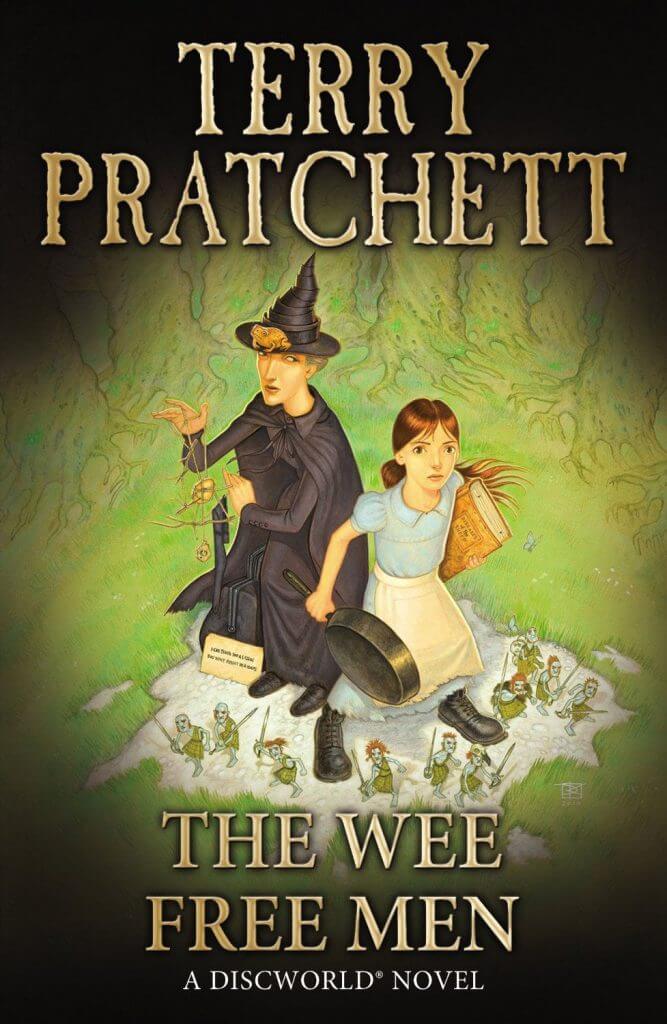 The long-awaited film adaption will be written by his daughter Rhianna Pratchett, an award-winning scriptwriter for videogames, comics, film and TV. Her work includes the 2013 smash hit reboot of Tomb Raider, the BAFTA nominated Heavenly Sword and the Writers’ Guild winning Overlord and Rise of the Tomb Raider. Pratchett, co-director of independent production company Narrativia, has regularly been named one of the top 100 most influential women in the games industry and won the Women in Games Hall of Fame award in 2013.

“THE WEE FREE MEN,” is the first in a series of Discworld novels starring the young witch Tiffany Aching. A nightmarish danger threatens from the other side of reality. Armed with only a frying pan and her common sense, the young witch-to-be must defend her home against the monsters of Fairyland. Luckily she has some very unusual help: the local Nac Mac Feegles—aka the Wee Free Men—a clan of fierce, sheep-stealing, sword-wielding, six-inch-high blue men. Together they must face headless horsemen, ferocious grimhounds, terrifying dreams come true, and ultimately the most powerful force of all – the Queen.

“I’ve loved the Jim Henson Company’s work all my life, so it’s a great honor to team up with them and bring Wee Free Men to the big screen.” said writer Rhianna Pratchett.

“As a family owned company, we fully understand the importance of legacy properties,” said Brian Henson, Chairman of The Jim Henson Company. “The Discworld series is a richly developed world with devoted fans, myself included, and there is no one better than Rhianna to bring Terry’s beloved project to life on the big screen.”

About The Jim Henson Company

The Jim Henson Company has remained an established leader in family entertainment for 60 years and is recognized worldwide as an innovator in puppetry, animatronics and digital animation. Best known as creators of the world famous Muppets, Henson has received over 50 Emmy Awards and nine Grammy Awards. Recent credits include the Emmy®-nominated Sid the Science Kid, Dinosaur Train, and Pajanimals, as well as the CG-animated preschool series Doozers, the upcoming digital citizenship series for preschoolers Dot., and the Netflix series for young preschoolers Word Party. Top titles currently in production include the groundbreaking marine biology series Splash and Bubbles for PBS KIDS® and the Netflix Original preschool show Julie’s Greenroom, starring award-winning actress Julie Andrews. Features include Disney’s Alexander and the Terrible, Horrible, No Good, Very Bad Day, as well as The Dark Crystal, Labyrinth, and MirrorMask. Television productions include Fraggle Rock, the sci-fi cult series Farscape, Henson Alternative’s No, You Shut Up! and the TV film Jim Henson’s Turkey Hollow.

With additional locations in New York and London, The Jim Henson Company is headquartered in Los Angeles on the historic Charlie Chaplin lot, complete with soundstage and postproduction facilities. The Company is home to Jim Henson’s Creature Shop™, a pre-eminent character- building and visual effects group with international film, television, theme park and advertising clients, as well as Henson Recording Studios, one of the music industry’s top recording facilities known for its world-class blend of state-of- the-art and vintage equipment. The Company’s Henson Alternative brand is currently touring Puppet-Up! – Uncensored, a live puppet improvisational show.

Independent Production Company Narrativia was launched in 2012 by Sir Terry Pratchett. The company owns and controls the exclusive multimedia and merchandising rights to all of Sir Terry’s works, including his Discworld characters and creations. With more than 85 million books sold worldwide, Pratchett’s writing has created a literary phenomenon across the globe and Narrativia protects and unites the management and development of this brand.

The Executive Team, headed by Managing Director and BAFTA winning producer Rod Brown is based in London, where he works closely with co-directors, celebrated writer Rhianna Pratchett and Terry Pratchett’s Business Manager, Rob Wilkins, who all jointly own and control Narrativia.

Narrativia is currently in development and pre-production, hand in hand with a number of high-profile production partners and broadcasters across the globe, on a slate of as yet undisclosed film and television projects, with commencement of filming for the first project due to start in 2017.