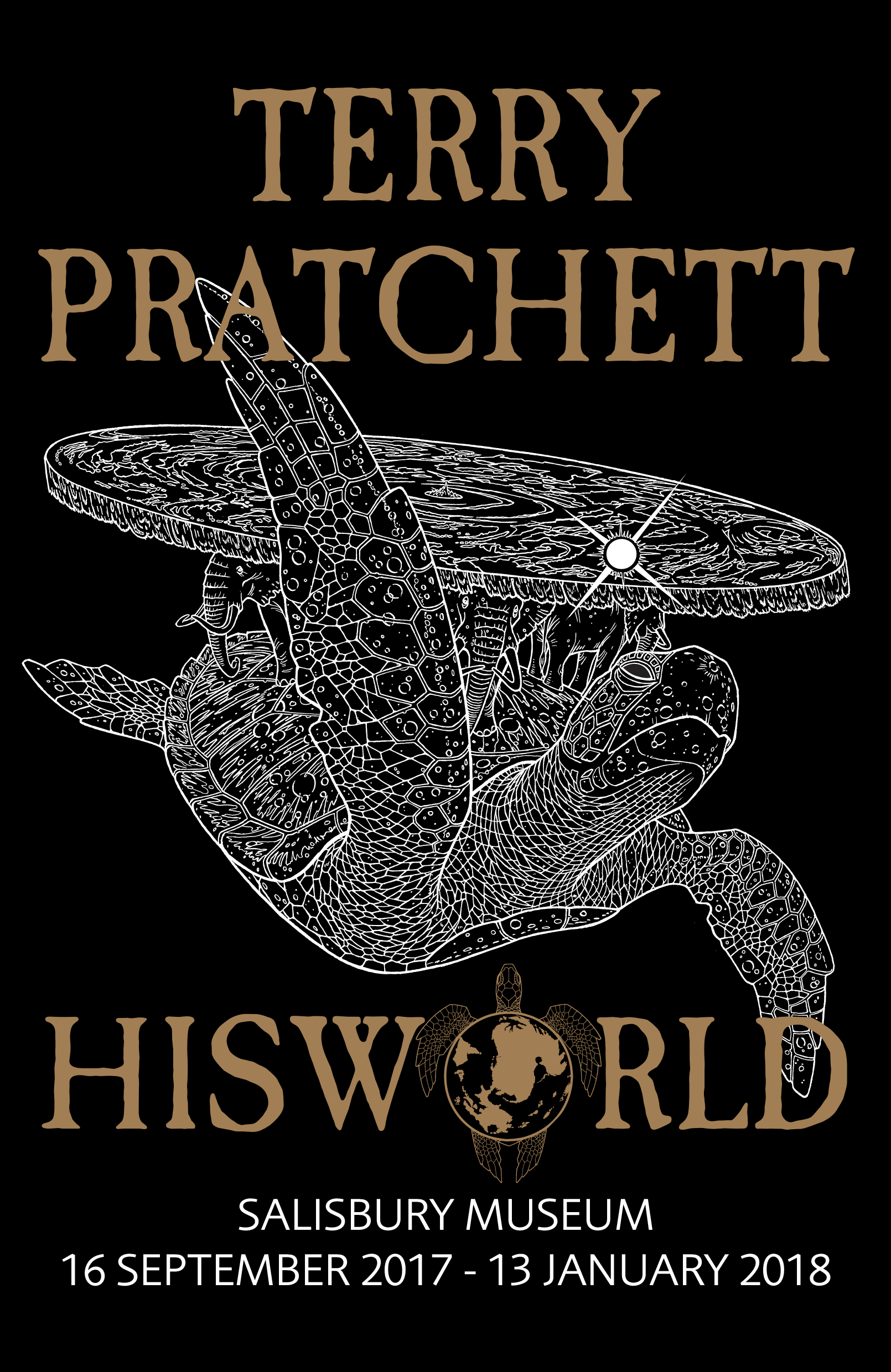 The Salisbury Museum, The Estate of Terry Pratchett and Paul Kidby present ‘Terry Pratchett: HisWorld’, an exclusive major exhibition based on the extraordinary life of Sir Terry Pratchett, the creative genius behind the Discworld series. Follow his journey to becoming one of our best known and best loved writers. This unique exhibition will include artwork by the man himself and treasured items owned by Sir Terry which have never previously been on public display. Also featured will be over forty original illustrations by Paul Kidby, Sir Terry’s artist of choice.