In a first for the museum, this major exhibition explores the life of Sir Terry Pratchett and will give a privileged insight into the man who created some of literature’s most enduringly popular fantasy worlds and characters. 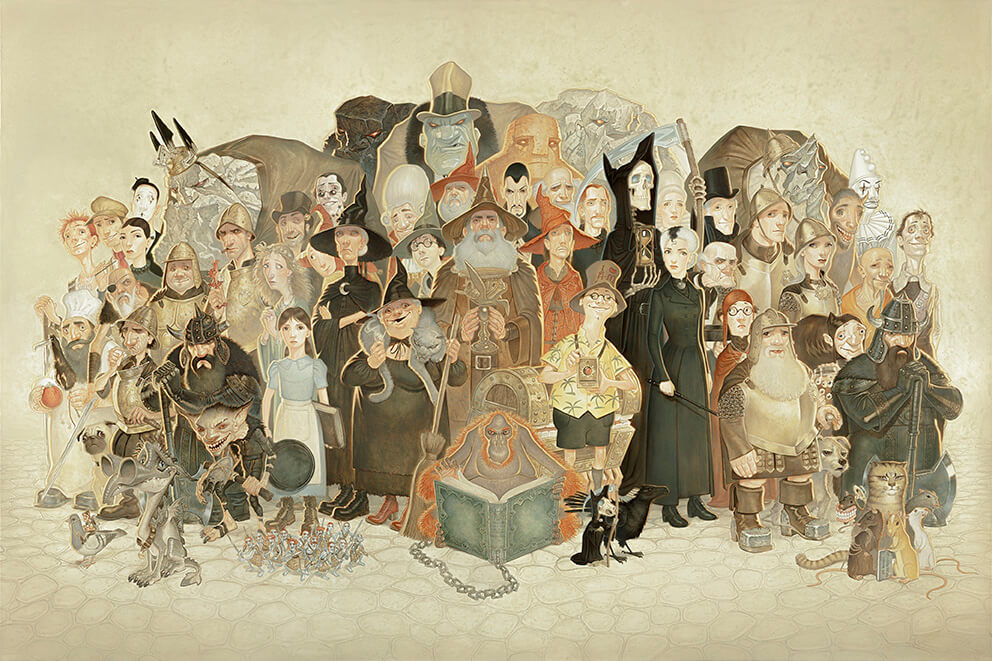 Paul Kidby’s Discworld Massif, just one of the many paintings to be featured

Rob Wilkins, manager of Sir Terry’s estate said, ‘The global success of his work and the outpouring of affection for Terry during his life and after his death highlight the importance of this exhibition. Terry left behind so many words, into which this exhibition will provide a tantalizing window into their creator and the private space in which they were created.’

‘Terry relished the opportunity to connect with his readers and we have no doubt that this opportunity for visitors to immerse themselves wholly in his life and work, and to be able view some of his treasured possessions, from his Knightly sword to his Blue Peter badge, would have both delighted and amused him.’

The exhibition will feature artwork by Terry himself, and over 40 stunning original paintings and drawings by Paul Kidby. Paul has designed the Discworld book jackets since 2002 and has illustrated many Discworld publications including the 2001 novella The Last Hero and The Art of Discworld.

This image-rich exhibition, will also include an exclusive opportunity to see work by Josh Kirby who first illustrated the Discworld. Terry said, ‘I only invented the Discworld, Josh created it.’ The images created first by Josh Kirby and then by Paul Kidby, have helped bring Terry’s world of fantasy and its characters to life, encouraging readers to pick up the books, tempted by their amazing covers.

Rob Wilkins added, ‘We are delighted with this unique look into Terry’s world. This exhibition builds upon Paul’s definitive and breath-taking vision of Terry’s work, and will give readers old and new an insight into both his creative endeavours, spanning his entire career, as well as his life away from the keyboard.’

The star of the show will be a full-size recreation of Terry’s office – known as The Chapel – quite literally the place where so many of his books began their life. For the visitor, this represents a once-in-a-lifetime opportunity to experience Terry’s world as he worked and the objects in situ with which he chose to surround himself.

To be able to hold this exhibition at Salisbury Museum is very relevant to Terry’s story. Terry moved to what he described as a ‘Domesday manorette’ near Salisbury in 1993. His affinity with the Chalke Valley is reflected in the books he wrote. He drew on his personal experiences and fascination with the chalk downland when creating his characters and stories, especially the Tiffany Aching novels. Terry was also a patron of a number of local causes and was actively involved with local communities.