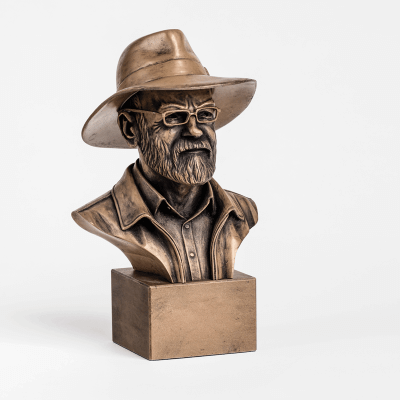 This intricate cold cast sculpture is accurately based on the original memorial bronze of Sir Terry created by Paul Kidby in 2017, and each one is hand finished in minute detail. With a detachable hat and glasses, the bust measures 230mm high in total, making it ideal for bookcases and desks.

The busts will be available from our official Discworld retailers on a first-come, first-served basis at 2.00pm UK time on Friday 18th November, retailing at £249.  Only a limited number have been made for the 50th Year Celebrations but more will be made available in 2023. 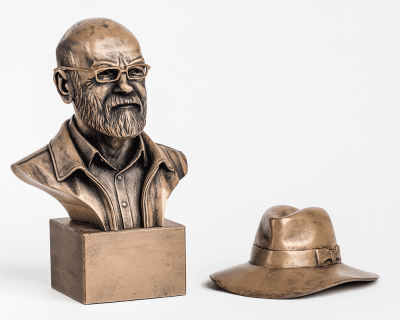