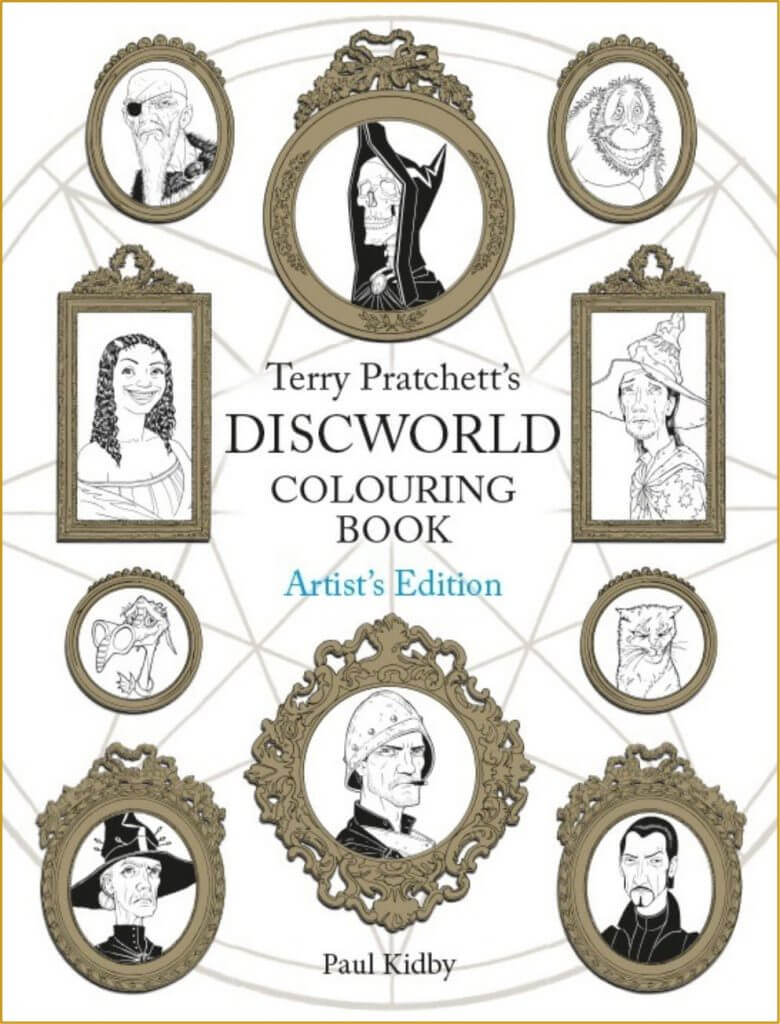 We’re hugely excited about the imminent publication of Terry Pratchett’s Discworld Colouring Book!  We’ve got copies in the office and it looks fantastic – sure to be a hit with Discworld fans keen to add a touch of their own creativity to Paul Kidby’s wonderful art.  It’s that art that sets this colouring book apart from the rest – what other colouring book is full of drawings by an artist world-renowned for illustrating the subject at hand?

Those of you who are fans of Paul’s art will also know that he’s a perfectionist, and as such, he was keen to introduce more of the artistic experience to these drawings. So, when he suggested we produce an Artist’s Edition to enable selected drawings to be coloured and framed, we jumped at the chance.

As Paul says in his introduction to the book:

I had a wonderful time preparing the artwork for Terry Pratchett’s Discworld Colouring Book. Now, in this special Artist’s Edition I have selected some of my favourite pieces: witches, wizards, dragons and Feegles – all carefully re-drafted as line art for colouring, on thicker artist’s board, and specially bound so as to be detachable for framing or putting on your wall.

Have fun with your pens, pencils and brushes – I hope a little splash of Octarine, Terry’s colour of magic and the pigment of the imagination, glows from your finished pages.

The Terry Pratchett’s Discworld Colouring Book Artist’s Edition will be published on 3rd November – so you’ve plenty of time to stock up on pens, paints and pencils!