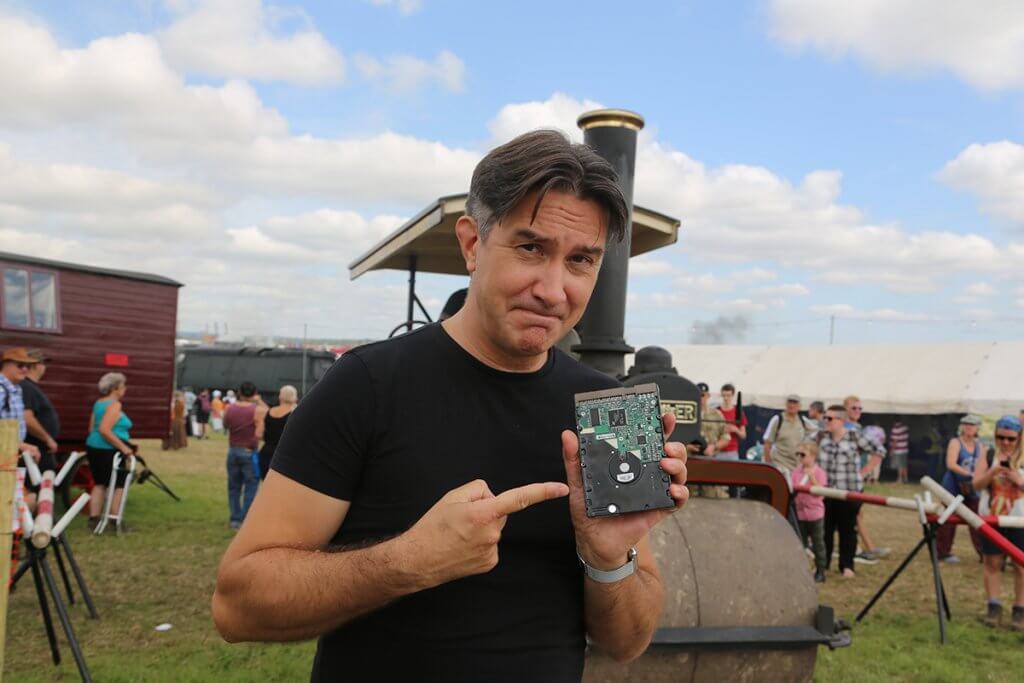 Rob Wilkins, Terry’s former personal assistant and now manager of the late author’s estate, brought the hard disk to the Great Dorset Steam Fair, where it was crushed by Lord Jericho, a six and a half tonne steam roller.

The disk proved sturdier than initially imagined and was driven over multiple times by the vehicle, before being put through a steam-powered stone crusher for good measure.

One lousy steamroller, ten unpublished novels and look at all the trouble I'm in…! pic.twitter.com/c1da6BTETj

Rob Wilkins revealed in a tweet that at least ten unpublished stories in various states of completion were on the drive, in a folder Pratchett often referred to as ‘the pit’. Amongst the in-progress works were stories featuring the Amazing Maurice, Constable Feeney and several books exploring new regions of the Discworld.

Rhianna, Terry’s daughter has previously stated that neither she nor any other writer will continue to write novels set in the Discworld, though this year will see the publication of Terry Pratchett’s Discworld Imaginarium, a collection of artist Paul Kidby’s Discworld creations. 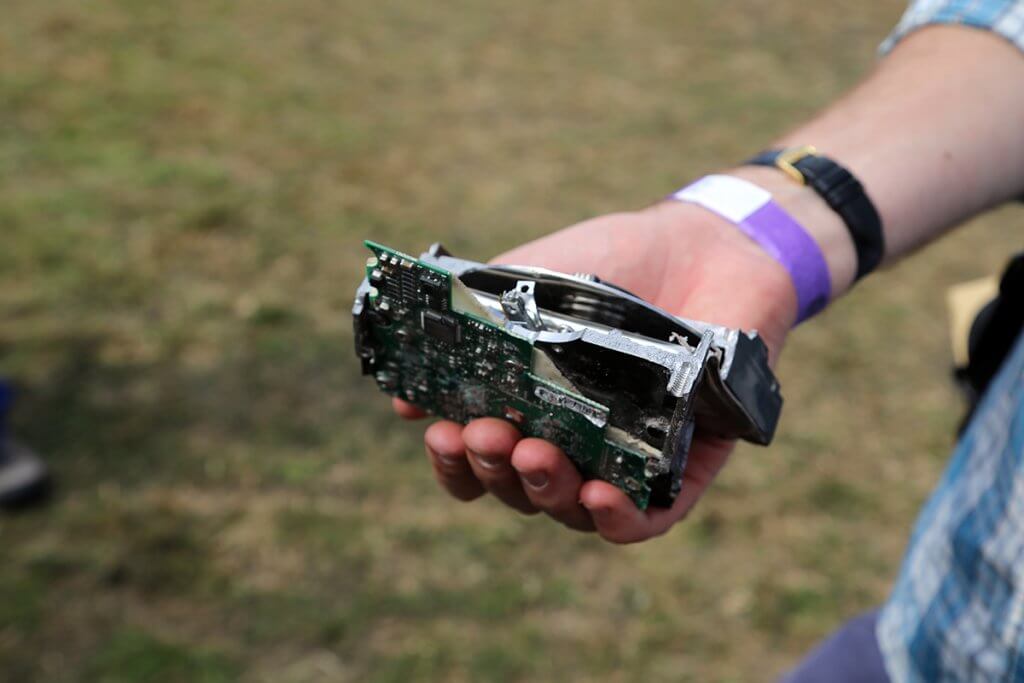 The remains of the harddrive will be on view at the Salisbury Museum during the Pratchett HisWorld exhibition launching in September. www.pratchetthisworld.com