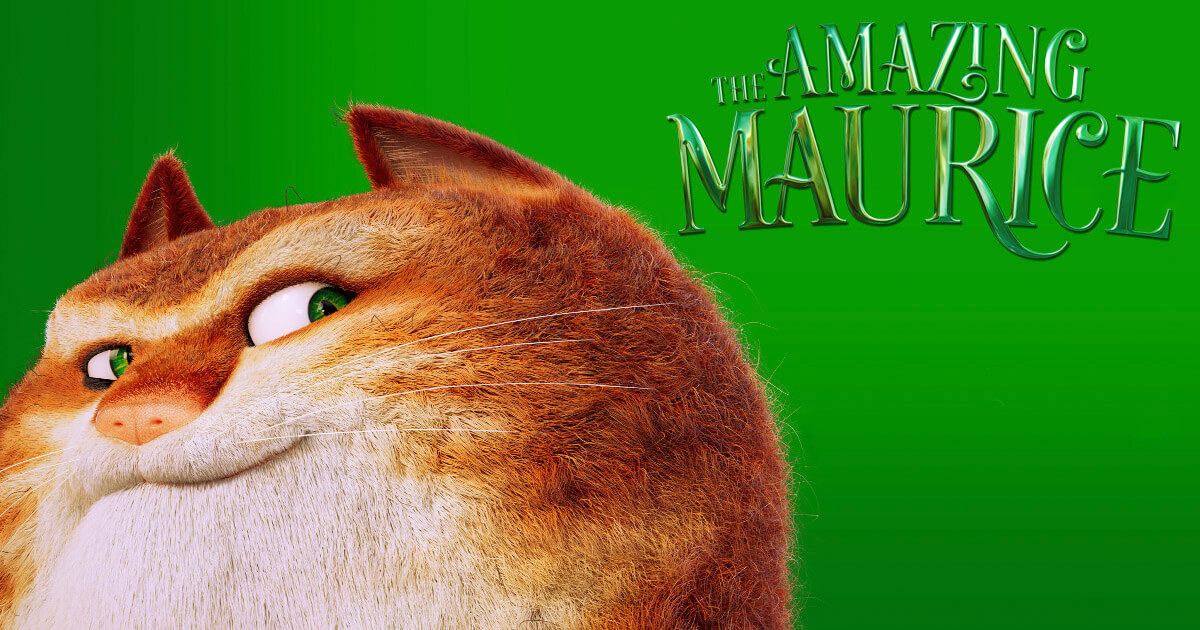 Coming to Sky Cinema in 2022, The Amazing Maurice, a Sky original, follows Maurice, a streetwise ginger cat who has the perfect money-making scam.  He finds a kid who plays a pipe, and he also befriends his very own horde of strangely educated, talking rats – so Maurice can no longer think of them as ‘lunch’.  When Maurice and the rodents reach the stricken town of Bad Blintz, they meet a bookworm, Malicia.  Their little con soon goes down the drain as something very bad is waiting for them in the cellars.

Sarah Wright, Director of Sky Cinema and Acquisitions at Sky UK & Ireland comments: “The Amazing Maurice is a fantastic story from a legendary author, and I couldn’t think of a better tale to bring to life as an animated film for all the family.  I’m excited to work with Ulysses Filmproduktion and Cantilever Media to bring this exclusive new movie to Sky Cinema audiences in 2022.”

Emely Christians, Producer and CEO of Ulysses Filmproduktion comments: “When I read The Amazing Maurice, I knew we had to turn this amazing novel into a film. The art and animation departments are working hard to recreate Terry Pratchett’s unique vision and I can’t wait to see this on screen!”

Andrew Baker, Producer and CEO of Cantilever Media, said: “I’m huge fan of Sir Terry Pratchett so I would not be embarking on this project unless I felt we were bringing the film to life in a way that honours the book and will please its numerous fans around the world.  We have a great cast and great teams at the studios in Sheffield and Hamburg working to make this film special.”

Robert Chandler, Producer at Cantilever Media said: “The trick with The Amazing Maurice is getting the balance right.  Terry Pratchett is a brilliant author, who was not afraid to explore dark places and have fun getting there. That’s the tone of our film.”

Rob Wilkins, Producer and Managing Director of Narrativia, said: “Bringing Maurice’s story to life was such a joy for Terry and I’m delighted that the teams at Sky, Ulysses Filmproduktion and Cantilever Media are honouring his vision with such reverence and respect.”.

The Amazing Maurice, a Sky original is co-produced by Sky, Ulysses Filmproduktion and Cantilever Media, with animation studios Studio Rakete (Hamburg) and Red Star Animation (Sheffield).  The film has the full support of the Terry Pratchett estate and is produced in association with Narrativia.  Producers are Julia Stuart (Sky), Emely Christians (Ulysses), Andrew Baker and Robert Chandler (Cantilever Media) and Rob Wilkins (Narrativia).  The Film is directed by Toby Genkel, co-director is Florian Westermann.

The Amazing Maurice and His Educated Rodents is a children’s fantasy by Sir Terry Pratchett, published by Doubleday in 2001 and has sold nearly 90 million books worldwide.  It was the 28th novel in the Discworld series, but the first written for children.  The Amazing Maurice is a lively and entertaining adventure inspired by the German fairy tale about the Pied Piper of Hamelin and a parody of the folk tale genre.  Pratchett won the annual Carnegie Medal for the book – children’s literature’s highest award.  Despite many other awards, honorary degrees and the knighthood that followed, Sir Terry Pratchett always emphasised that this was the award of which he was most proud.